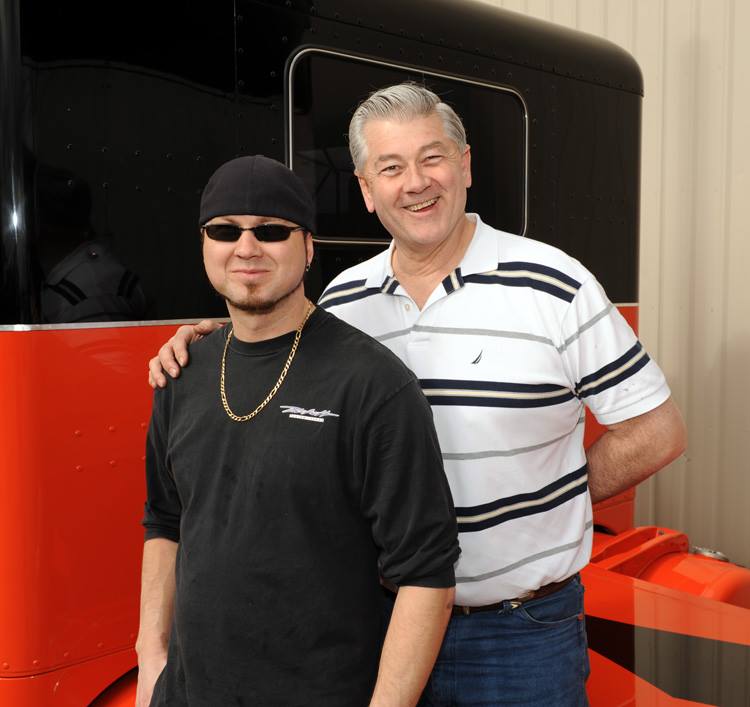 The beginning of JDT Trucking started with a young boy that was steeped
in the words of his Father, “Big Ed” Davis:

Work hard, work smart, put pride in everything you do and treat people right.

Qualities that James learned at a young age and has never forgotten. James was exposed to trucks early on, whether it was helping Big Ed wash his truck or riding shot gun flashing the clearance lights when necessary. Big Ed had planted the seed of pride in not only owning nice rigs but the blood, sweat and tears that goes into getting them there.

Fast forward to 2005, four trucks under his belt and a burning passion to create his “dream” James purchased a 1993 Peterbuilt 379. A true fixer-up, James went to work fixing and fine tuning what he could all while working hard hauling up and down the I-5. Two short years later James entered his Peterbuilt in the Reno Truck Show where he won several awards. His dream had materialized. James kept on this cycle of finding “work trucks” and rebuilding them to show quality. With a fully loaded fleet of 10 power units under some of the West Coast’s best drivers, JDT Logistics was established. Once a one man show, now a well-oiled machine comprised of Peterbilts, Kenworths and a Freightliner; JDT has taken style and workability to feats once thought unobtainable.